Theoretical Design, Synthesis, and In Vitro Neurobiological Applications of a Highly Efficient Two-Photon Caged GABA Validated on an Epileptic Case

Electrical behaviour of dendritic spines as revealed by voltage imaging

Combined two-photon imaging, electrophysiological, and anatomical investigation of the human neocortex in vitro 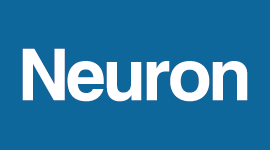 A recently published breakthrough research can shine a light on the previously unknown in vivo activity dynamics of interneurons during behavior.

Interneurons, the inhibitory cells crucial for keeping brain activity in balance, have been notoriously difficult to study. However, Geiller et al. from the team of Attila Losonczy (Professor of Neuroscience at Columbia University) have followed a large network of these sparsely distributed cells in the brain of behaving mice in real-time in 3D, identifying interneuron types and their activity dynamics simultaneously. In their study published in Neuron, they measured calcium activity from nearly 250 interneurons across all hippocampal layers in the CA1 area in an 800 × 800 × 500 µm volume simultaneously with the chessboard scanning mode of the FEMTO3D Atlas, while the mouse was performing behavioral tasks on a treadmill. The molecular identity of imaged interneurons was retrospectively determined by post hoc immunohistochemistry and they were carefully matched with the cells recorded by the Atlas. This is a great novelty, as, although the anatomical and molecular properties of interneurons from this area have been characterized, little is known about their population-level in vivo activity dynamics during behavior. This partly stems from the limited ability of traditional recording techniques (e.g. electrophysiology, one-photon, or conventional two-photon imaging). Ultimately, these findings can bring us closer to understanding the exact roles of these inhibitory neurons in the hippocampus by allowing us to study their activities and interactions in a wholly new way.

Image: Illustration of the research including examples of different types of hippocampal interneurons and their activity patterns published in the publication in Neuron (Credit: Losonczy lab)

In our newly released interview Attila Losonczy, MD, PhD, principal investigator at Columbia’s Mortimer B. Zuckerman Mind Brain Behavior Institute shares first-hand information about what kind of instruments and methods they used to investigate the brain’s ability to acquire and store information. Watch the interview here.